Warren Mayor Fouts’ Office will be donating toys and food for the needy to the Salvation Army Monday, December 18 at 1 p.m.

The toys were donated by the City of Warren residents, who first picked a gift tag (suggested gift) from the Mayor’s Office Christmas Tree, and then went shopping for a toy indicated on the Tag, which was then placed under the tree.

The Salvation Army aims to put new clothes and toys under the tree for 1 million children who usually have to go without Christmas gifts. Anonymous donors and residents of many communities  are expanding the Christmas tradition to make the season brighter for these deserving families.

In addition to a toy drive, the Mayor’s Office will also be collecting non-perishable food items to make this holiday season even better.

Both drives began on November 15, and this is the fourth year the City of Warren has hosted a drive to collect toys and non-perishable food items to help the needy.

During the month of January, the Mayor’s Office will also be sponsoring a winter warming drive accepting blankets, clean coats, hats, gloves and new socks for the needy, so that recipients can wrap themselves in the warmth of the spirit of this holiday season. 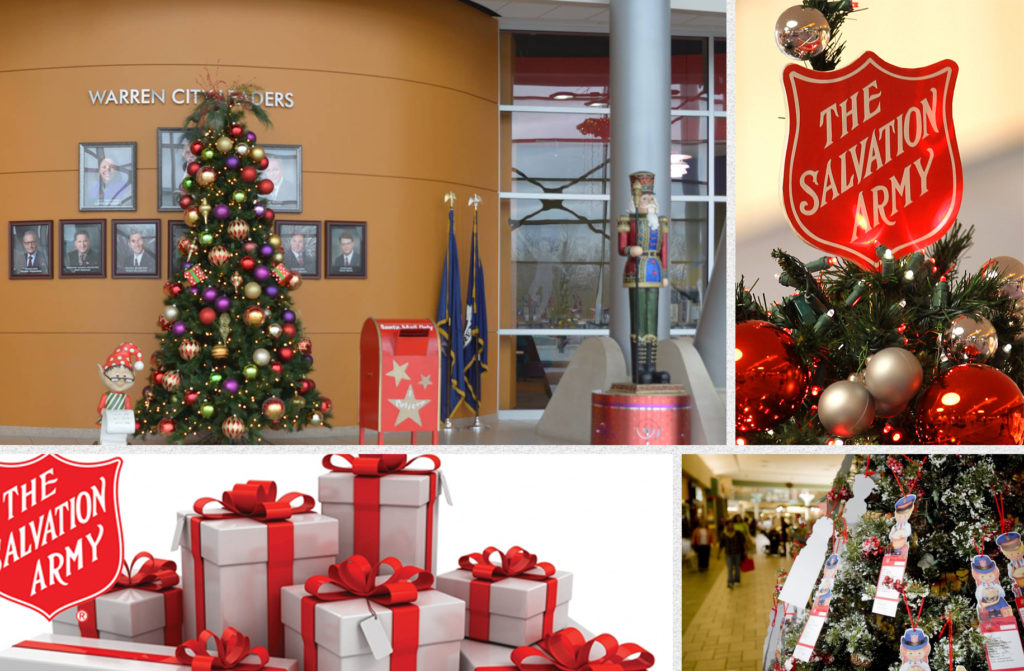