“Violators will be prosecuted with fines up to $500.  We have zero tolerance for breaking the law,” said Warren Mayor James Fouts. 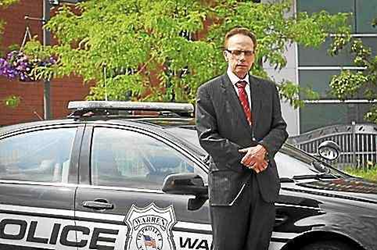 For the fifth consecutive year, Warren Mayor Jim Fouts will ride-along with a Warren police officer July 4 at 8:30 p.m. to monitor city streets for fireworks violations.

Mayor Fouts said a special task force ­has been formed consisting of police, property maintenance inspectors, CERT’s (a police volunteer group), fire department personnel, and park employees, all of whom will be patrolling neighborhoods July 4.  This year, for the fifth year, police undercover officers will also be on the lookout for fireworks ordinance violators.

Mayor James Fouts is the only public official in Michigan to voice opposition to the fireworks law passed by the State Legislature in 2012.  “The new law is a money grab by state lawmakers at the expense of disrupting our neighborhoods,” says Mayor Fouts.  “Now, fireworks are louder, longer and more lethal.” 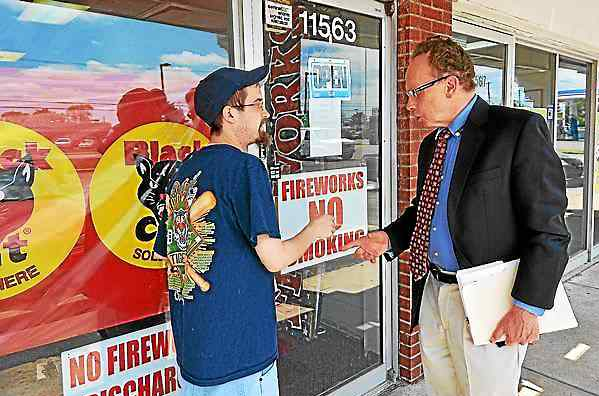 Mayor Fouts and a Warren Resident

“The legislation legalizes fireworks on 10 holidays including Christmas and Thanksgiving, which I believe is inappropriate.  These are family holidays, hardly days to discharge loud fireworks,” said Mayor Fouts in a statement.  “When fireworks are discharged, I receive many calls from upset residents about the impact of loud fireworks on their pets, senior citizens, and their peace and tranquility.  I still believe this law should be rescinded because of the disruption, police overtime, blight, and noise caused by the law.” added Mayor Fouts.

Fireworks Rules For A Safe 4th of July