Warren Mayor Jim Fouts initiated the program in 2008 after he was elected in 2007.  “This program is part of my campaign commitment to create a cleaner city,” said Mayor Fouts.  “It is a neighborhood-by-neighborhood, street-by-street, house-by-house cleanup.”

Mayor Fouts stated goal after his election as mayor was to create a “safer, cleaner and more efficient city.”

He has accomplished this with organized neighborhood “blight sweeps,” a section-by-section, neighborhood-by-neighborhood, house-by-house thorough inspection programs by trained blight inspectors. This program has received recognition by state and national publications.

Since Neighborhood Clean Sweep Program began, blight inspectors have inspected over 150,000 residential and commercial properties, handing out almost 15,000 warning notices and about 1,800 blight tickets.  This pro-active program has already produced visible results in target neighborhoods where the vast majority of residents and businesses comply after they are warned.

The City of Warren Neighborhood Clean Sweep Program has received attention from state-wide and national publications and media outlets. 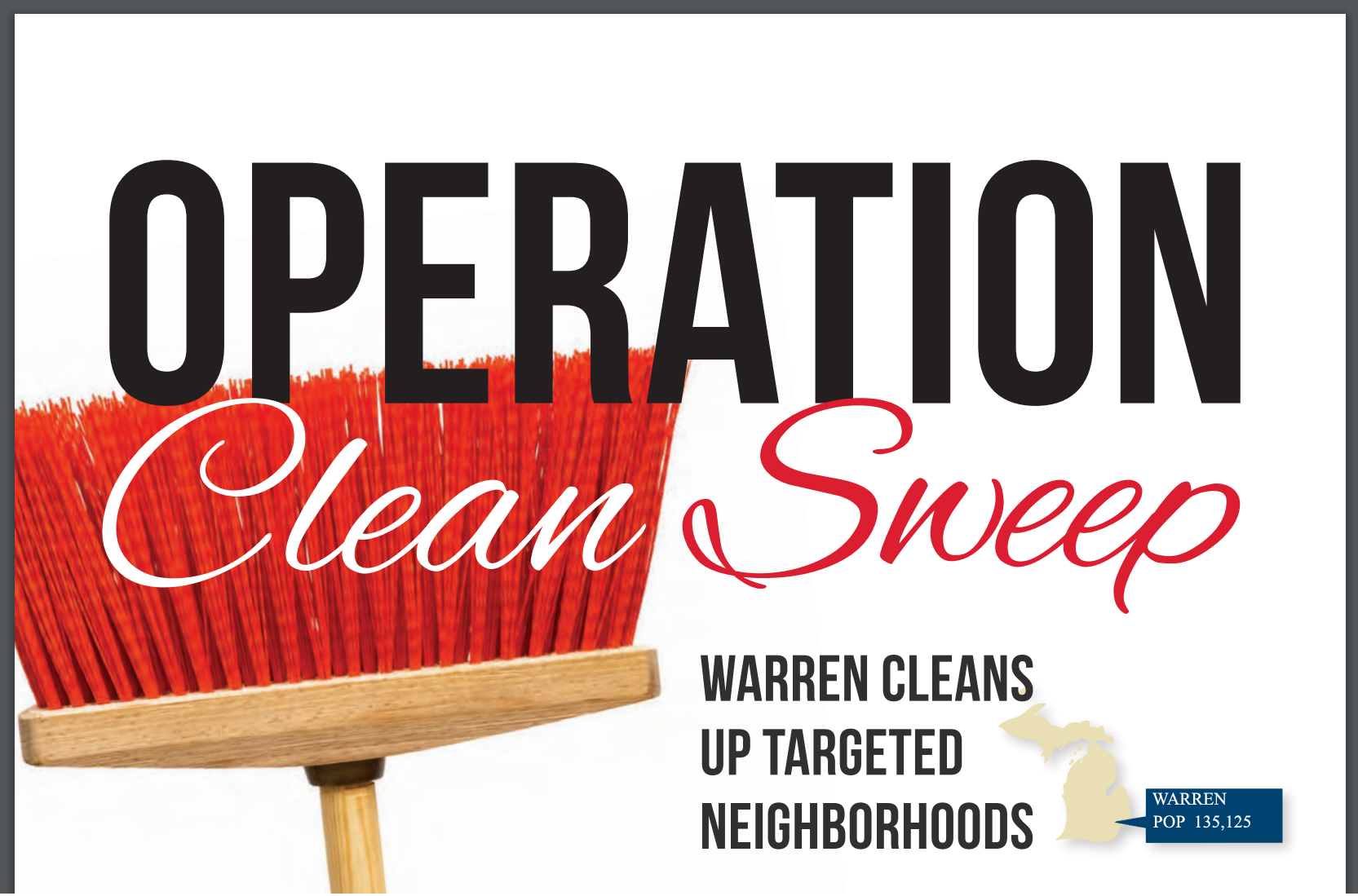